You are here: Home

WHEN: Sunday at 5PM

Our vision is to evangelize, preach the Word and make disciples. For this we work with small groups in the houses, Bible studies, Discipleship, Leadership training and prayer meetings. Our goal is to make the name of Jesus known! 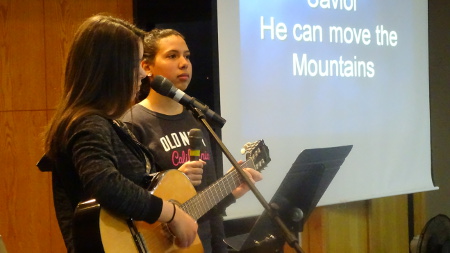 But you are a chosen generation, a royal priesthood, a holy nation, a peculiar people; that you should show forth the praises of him who has called you out of darkness into his marvelous light. (1 Peter 2:9 American KJV)

Accepting this as our calling, we decided to put our shoulder to the plow and not look back. We paid no attention to the circumstances or obstacles that might discourage us. As we considered Denver, a city with approximately 5,000 Brazilians living in it, this wasn't just a desire we felt, but considered it a responsibility to allow ourselves to be used as instruments in the hands of the Lord to proclaim His virtues and greatness.

When we gave birth to our New Generation Christian Community, it was born with lots of goals and purposes in our hearts. But the main one was to make our church available, not just to Brazilians, but to all people who genuinely desire to worship in the name of the Lord Jesus. We want everyone to recognize that we are a “new generation” in Christ Jesus.

We are a church associated with the Mile High Baptist Association. You can learn about what we believe in our Declaration of Faith. Our church services are a true celebration to the Lord. We sing, we honor, and we express our gratitude for everything that He has done. Our teaching of God's Word is not compromised whatsoever by any political system, personal interests, partners, or supporters. We are entirely committed to God and His Holy Word.

Even though we are associated with the Baptist Convention, like any church in the denomination, the New Generation Christian Community is an autonomous church, not 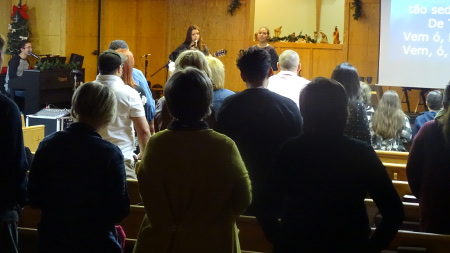 subject to, or subordinate to, any specific group, family, or person. So our objective is not to raise denominational flags but to raise up the name of Christ as the head and provider of His Church. In the same way, our church wasn't created for the “Holier than thou” Christians but for everyone who recognizes a need to corporately seek the presence of God as well as to receive spiritual and pastoral assistance. As Jesus said to the Scribes and Pharisees, “It is not the healthy who need a doctor, but the sick. I have not come to call the righteous, but sinners to repentance.” (Luke 5:31-32 NIV) So, come worship Christ without feeling judged. You are totally welcome and independently accepted by those present in our church services.

When you come to visit, let's leave our differences at the foot of the cross and feel free to worship and celebrate the victory of Christ. We believe, even if you enter 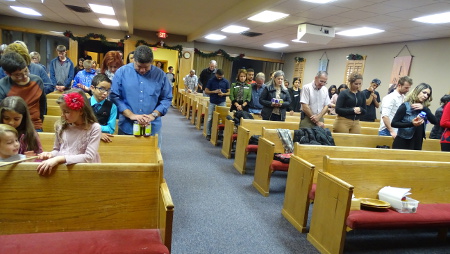 We believe that the Bible is the complete Word of God. That in the sixty-six books, as they were originally written and which now comprise the Old and New Testament, were inspired by the Holy Spirit of God and were entirely free of error. That the Bible is the decisive authority in all matters regarding our practices and our faith and is the foundation of Christian unity.

We believe in God, creator of all things, holy, sovereign, eternal, existing in three persons that are the same essence - the Father, the Son and the Holy Spirit.

We believe in the absolute deity of Jesus Christ, His eternal existence with the Father in glory, in His incarnation, in His virgin birth, in His sinless life, in His substitutionary death, in His bodily resurrection, in His triumphant ascension, in His ministry as mediator and future return in person.

We believe in the absolute deity and personhood of the Holy Spirit, who convicts us of sin and convinces us of justice and of righteousness. Who regenerates, sanctifies, illuminates, comforts and capacitates those who believe in Jesus Christ.

We believe Satan exists as a diabolic person who is the originator of sin, enemy of God and man.

We believe man was divinely created in the image and likeness of God, but sinned and was found guilty before God, resulting in total depravation and consequently incurring a physical and spiritual death.

We believe salvation is a gift from God, in which Christ suffered willingly in a vicarious and atoning death, and that justification is only possible through faith in the sacrifice and resurrection of our Lord Jesus Christ.

We believe there are only two ordinances for the Church according to the teachings of the New Testament, which are:

a) Baptism – which is done by the immersion of a believer in water so that by doing so they are obeying the commandment of Christ and identifying themselves with Christ in His death.

b) The Lord’s Supper – which is the act of remembrance in which Christians participate of the elements of bread and wine, symbolizing the crucified body of our Lord Jesus Christ and His blood which was shed on Calvary.

We believe that the civil government is divinely established for the interest and good order of the society; that we should pray for governors, honoring them and obeying them, except when obedience would require us to go against the will of Jesus Christ, who is the only Lord of our consciousness and Lord over the kings of the earth.

10. THE CHRISTIAN & THE SOCIAL ORDER

All Christians are under obligation to seek to make the will of Christ supreme in our own lives and in human society... in the spirit of Christ, Christians should oppose racism, every form of greed, selfishness, and vice, and all forms of sexual immorality, including adultery, homosexuality, and pornography. We should work to provide for the orphaned, the needy, the abused, the aged, the helpless, and the sick. We should speak on behalf of the unborn and contend for the sanctity of all human life from conception to natural death...

Church and state should be separate. The state owes to every church protection and full freedom in the pursuit of its spiritual ends. …A free church in a free state is the Christian ideal.

God has ordained the family as the foundational institution of human society. It is composed of persons related to one another by marriage, blood or adoption.

Marriage is the uniting of one man and one woman in covenant commitment for a lifetime. ... The husband and wife are of equal worth before God, since both are created in God's image. A husband is to love his wife as Christ loved the church. He has the God-given responsibility to provide for, to protect, and to lead his family. A wife is to submit herself graciously to the servant leadership of her husband even as the church willingly submits to the headship of Christ. She, being in the image of God as is her husband and thus equal to him, has the God-given responsibility to respect her husband and to serve as his helper in managing the household and nurturing the next generation... Children, from the moment of conception, are a blessing and heritage from the Lord. Parents are to demonstrate to their children God's pattern for marriage.

The New Generation Christian Community believes in the great missionary need and order of Jesus Christ known by the title of The Great Commission.

"Go ye therefore, and teach all nations, baptizing them in the name of the Father, and of the Son, and of the Holy Ghost: 20 Teaching them to observe all things whatsoever I have commanded you: and, lo, I am with you alway, even unto the end of the world. Amen. " Mat 28: 19-20
New generation.